Home Insights Is your claim to priority valid?

Is your claim to priority valid? 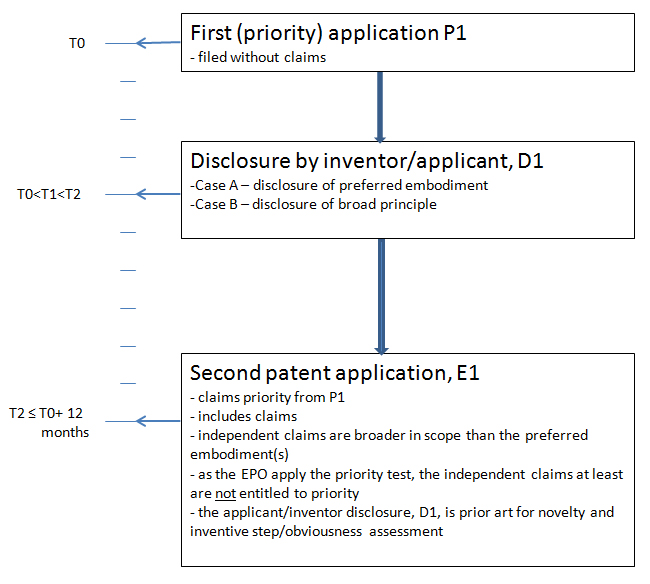 Typically it is possible to restrict a claim of the later European patent application, E1, to ensure that the amended claim is entitled to priority but, and here is where it gets tricky, the current EPO line on intermediate generalisations and added subject-matter mean that you will need almost verbatim basis in P1 and E1. So, almost without regard to the breadth of any statement of aims in the earliest priority application, P1, the likelihood is that the EPO will only allow a claim of the scope of an embodiment of the invention disclosed in the earliest priority document, P1. The resulting claim, although entitled to priority and hence avoiding novelty/obviousness objections starting from the intervening disclosure, can be too narrow in scope to warrant the expense of the patent process.

This calls into question the worth of a claim-less priority document from an EPO perspective.

The take home message must be that if you know you are going to disclose an invention, and are planning to rely on priority from an earlier filed patent application, every effort needs to go into ensuring that the earlier application explictly addresses each type of claim (method, apparatus etc) you might wish to include and does so in words that you would be happy to incorporate into any subsequent European patent application claims.

Best EPO practice remains to ensure that the earliest application for the subject-matter of an invention is as complete as possible and includes, at least, broad, independent claims.

This article is for general information only. Its content is not a statement of the law on any subject and does not constitute advice. Please contact Reddie & Grose LLP for advice before taking before any action in reliance on it.